I was one of the coaches in first Rails Girls event in Oulu. The idea of Rails Girls is to teach programming for beginners. I’ve been using Ruby on Rails since version 1.1 and from there learned Ruby as well. When the organizers OuluSES asked me to be one of the coaches, it was a no-brainer. 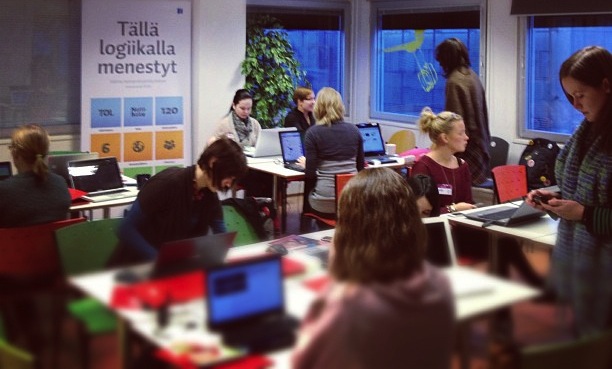 During the event, the focus is on doing. There are just few presentations to get show started, rest of the time the participants learn by doing.

Why You Should Coach at a Programming Event?

I’ve been programming since late 80’s. I’ve gone through lots of programming languages and written software on many platforms. I think it’s safe to say I’m an expert.

But when I try to explain simple programming concept without using any programming terms, relying only on common language and real life analogies, my expertise does not help me at all. I’m definitely outside of my confort zone. It’s not a bad thing, it means I am learning. Thats the reason I coached at Rails Girls. 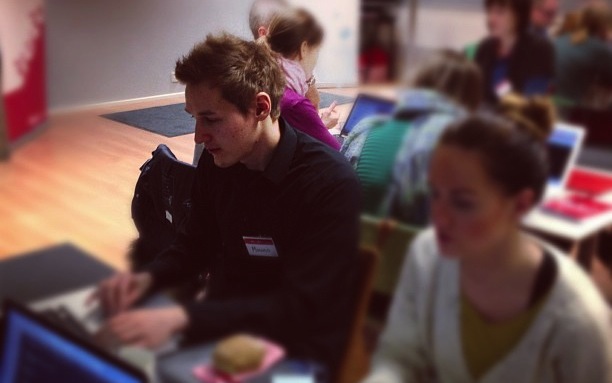 I did not learn new functional programming language or new trick how to trim down a ruby method with ruby’s magical syntex. What I learned was completely non-technical. It reminded me to try to understand people who do not share my enthusiasm on technology.

Software is written for the people. The better you understand your users, the better software you are able to build. When that nasty bug appears requiring only a tiny fix on user interface but heavy refactoring on business logic, you’ll put yourself into your user’s shoes and understand that the bug is worth fixing. That is called empathy.